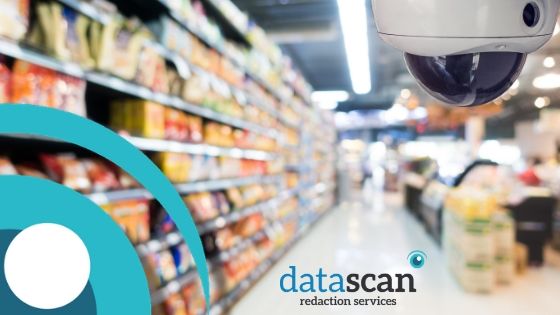 As a retailer you will be concerned with stock levels, profits, staff issues, competitors and preventing shoplifting.  That’s enough stress for any business owner.  However, the whole area of GDPR compliance has added an additional worry for many.

It’s not widely known that if a member of the public wants to view your CCTV footage where they are recorded, they can go directly to you to access this footage.  There is a misconception that they must first go to the Gardaí or a solicitor but that is not the case.  While you need to respond promptly to such a request, there are protocols that should be in place to protect you.

Many business owners are not aware that they are obliged to redact (blur out, pixilate) other people that may also be in the footage.  If they don’t do this, it could be a data breach and could incur a hefty fine.   Sometimes just blurring out a face is fine, other times you will need to blur out the complete person.  For example, they could be wearing a uniform that may identify them.  Sometimes you might need to blur everything except the person that is looking for the footage.  It all depends on the context and the content of the footage.

While it is mainly CCTV footage in a business context, the same rules apply to smartphone footage and body cam footage.   This footage may relate to an accident on the premises and can be used to support a claim of false identification or even to protect a staff member.

While recent data protection laws introduction with GDPR may be frustrating, when it comes to crime prevention don’t leave yourself open to issues.  As a business owner you need to be aware of the effect of GDPR regulations.  This includes the use of CCTV footage and the sharing of the footage with others in the correct manner.

As a business owner you will probably have very few requests therefore there is no point in investing in your own software to do this job.  It will be more efficient and cost effective to outsource this to a recognised supplier such as Datascan Redaction Services.  We will complete the process for you to the correct standards, giving you peace of mind.